Words to Live By

A Montefiore valve patient shares his experience and wisdom

Donald Gillies often offers a few simple words of advice to friends and family— “listen to your heart.” It took two medical scares for Gillies to take his own advice seriously. 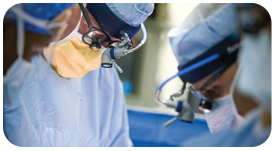 “I was physically active and liked to spend my free time working out,” he says. “Then, I began to notice my heart was skipping beats. I also had an unusually strong beating sensation that became more pronounced with exercise. Of course, I figured it was nothing and disregarded it.”

What the South Brunswick, New Jersey, resident soon discovered thanks to a pre-employment physical was that he actually had developed aortic insufficiency as a result of an infection.

“I never imagined that the beating sensation I was feeling was actually my heart struggling to pump blood,” he says.

Gillies’ age and health made him the perfect candidate for the Ross procedure, a technically complicated surgery that involved replacing the damaged aortic valve with his own pulmonary valve. Gillies’ pulmonary valve was then replaced with a human donated valve.

“I had a very smooth recovery and was back to working and exercising in no time,” Gillies says. “Plus, because both replacement valves were human, I didn’t have to take Coumadin.”

Gillies was still going to the gym regularly and considered himself healthy, despite having difficulty taking deep breaths.

“At about this time I had another pre-employment physical, and they picked up on my breathing problem,” says Gillies. “They sent me for an X-ray and echocardiogram, but neither test showed a problem, so I was cleared for employment.”

Gillies went on with “life as usual” until he failed a routine echocardiogram two years later. A CT scan showed he had developed an aortic aneurysm. Once again, he required heart surgery.

“Because I had had the Ross procedure I knew there was the possibility for complications,” Gillies explains. “I also remembered that the surgeon who performed that procedure had done a great job and was great to work with— really friendly and focused on making sure that I understood exactly what the surgery entailed. So I tracked him down to see if he would operate on me again.”

“Other medical centers might have replaced Mr. Gillies’ aortic valve, but repair can provide very good long-term outcomes with fewer complications and preservation of overall heart function, and it is a viable option for patients who do not have extensive valve damage,” says Robert E. Michler, MD, Surgeon-in-Chief, Professor and Chairman, Department of Cardiovascular and Thoracic Surgery and Department of Surgery, and Co- Director, Montefiore Einstein Center for Heart and Vascular Care. “By fixing the leaking aortic valve and replacing only the diseased aorta we were able to once more preserve Mr. Gillies’ own valves and spare him from lifelong anticoagulant use.”

It’s been four months since his surgery and Gillies is doing beautifully.

“I’m walking two or more miles a day and returned to work in February,” he says. “What’s more, thanks to Dr. Michler, I dodged a mechanical valve and Coumadin again. All in all, I would say I’m in good shape for at least another 20 years.”

Individuals with complex valve disease benefit from the advanced treatment options offered by Montefiore's Comprehensive Heart and Valve Repair Program. Here, patients are cared for by a multidisciplinary team of valve specialists who are widely recognized for their experience and expertise in all forms of mitral and aortic valve repair and replacement.

Montefiore's doctors recognize the benefit of preserving a patient's own heart valve and are dedicated to pursuing valve repair as a primary treatment option. In most cases valve repair can be accomplished using a minimally invasive approach, which helps to reduce the patient's recovery time and improve overall outcomes. Plus, because this approach spares the native valve, patients have a reduced risk of endocarditis and avoid the lifelong need for anticoagulants.

When a patient's condition necessitates valve replacement, Montefiore offers both mechanical and biologic options that are placed using the latest methods available. This includes transcatheter aortic-valve implantation, a new, catheter-based approach to aortic valve replacement that is currently offered at only a few sites in the region.