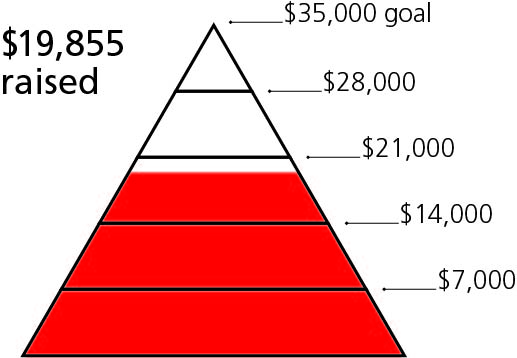 The Antonio Rodolfo DiGennaro Fund is meant to celebrate the life and honor the memory of our beloved friend, who passed away in May of 2013 after a nine year battle with Osteosarcoma.

Anthony was relentless in his fight; as his doctors will attest, he unflinchingly agreed to everything necessary to get better, with the goal of returning to the life he loved with the people he loved. Unbeknownst to most of the people who are reading this, the man endured three rounds of chemotherapy, numerous surgeries, and several experimental treatments without a hint of complaint. He never looked back, never considered taking the easy street, never considered anything other than victory to be an option. His resolve and grit were unlike anything I have ever seen before, and probably will ever see again.

Even more meaningful than how Anthony went about treating his illness was why he was so stoically resolute in beating the disease. Anthony was extremely private about his ordeals even with his closest friends- the vast majority of the struggles he faced were between himself, his dedicated team of doctors, and his wonderful mother Rose. He didn't want the disease to define him, in any aspect of his life. Anthony wanted people to know him for him, not for what he was going through. Above all else, Anthony just wanted to be NORMAL.

Though there are countless stories that reflect Anthony's unbreakable spirit and intrepid pursuit of normalcy, one in particular sticks out to me that I want to share with you all. Anthony graduated from the Kent School in June of 2010, two years later than he was supposed to graduate. Attending the graduation was one of the most profoundly beautiful things I have ever witnessed in my 23 years of life, and thinking about it still brings tears to my eyes. I don't think anyone has ever worked so hard for something, or wanted something as bad as he wanted that diploma. In that single moment, I could see in his eyes that everything he had gone through in the hospital had been worth it. He did it. He was normal.

Anthony epitomized what it means to be an unsung hero, and helping a cause that could save someone else's life is without question the best way to celebrate this heroism. Anthony displayed firsthand the unbreakable will of the human spirit, taught us that the greatest pleasure in life is the simple joy of good company and proved beyond a reasonable doubt that nice guys do not finish last. He will always be with us as long as we remember him and let his legacy shape our actions. Someone is only gone once they are forgotten, and therein lies the root of my motivation for doing something on behalf of our friend.

Anthony was an understated, genuine person who did not like recognition. Contributing to the Pediatric Hematology-Oncology Emergency Fund in his name is a subtle yet extremely meaningful way to honor his legacy. The Pediatric Hematology-Oncology Emergency Fund provides support to families treated at The Children's Hospital at Montefiore who do not have the means for transportation, parking, housing, and funeral expenses. If we can hit the $35,000 mark the hospital will even put a plaque in Anthony's room (fun fact: he only ever stayed in one room) at The Children's Hospital at Montefiore.

It would be an honor to work with you all, to celebrate Anthony's life and make a meaningful impact for all of the people who, like Anthony, are quietly fighting in an attempt to return to normalcy. Please consider donating, and spreading the word about a truly impactful cause in honor of someone who could not be more deserving. Thank you and God bless! 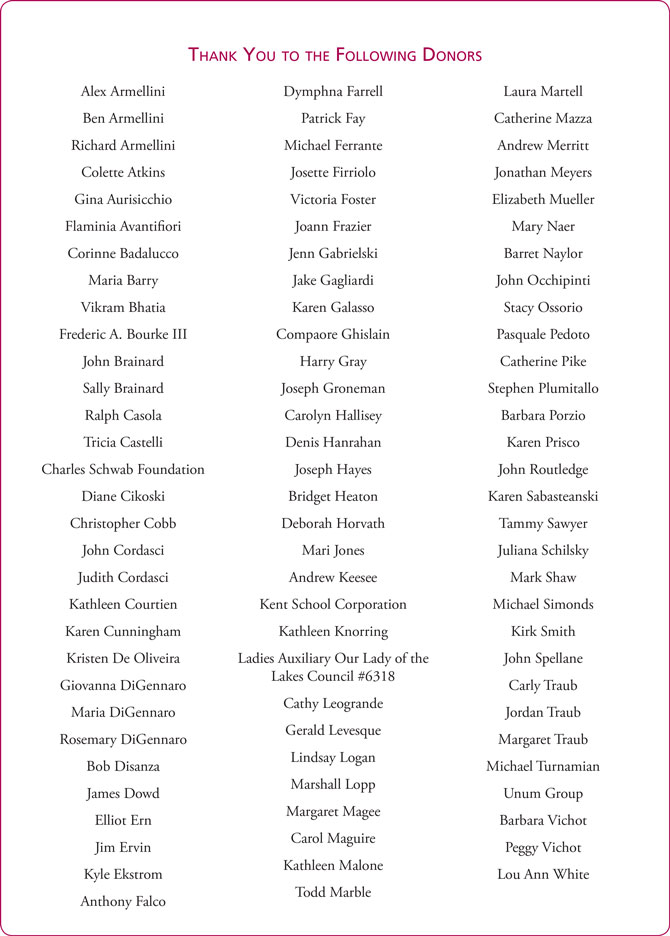