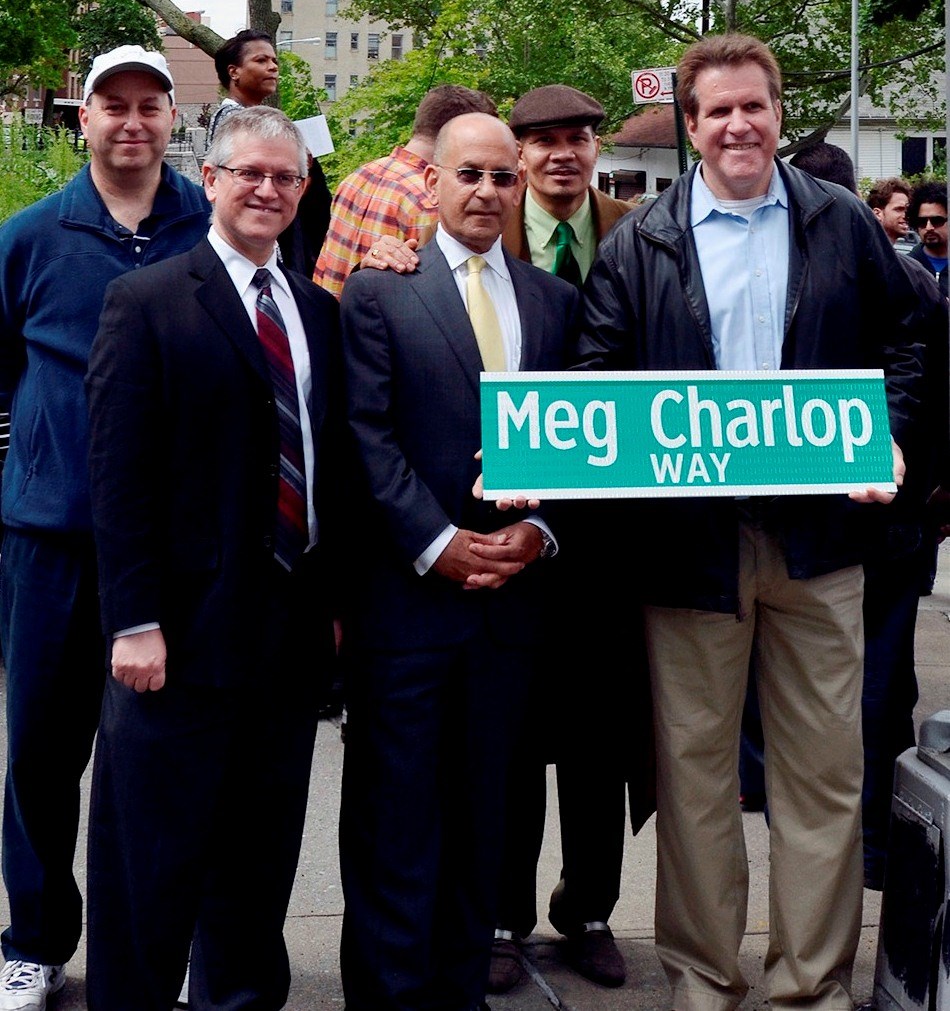 New York City, NY (May 11, 2012) -- “Meg Charlop Way” was dedicated in honor of former Director, Community Health of the Montefiore School Health Program (MSHP), Megan F. Charlop. The new street sign was unveiled as a memorial to her tireless advocacy for making an impact on the lives of the residents of the borough. The location, at Fulton Avenue and 167 St. in the Morriseanea section of the Bronx, is where Ms. Charlop began her work, helping to save the land by reclaiming vacant lots that had been created by the demolition of abandoned apartment buildings. A community parkland stands at that spot today.

Megan Charlop died tragically two years ago in an accident while riding her bicycle to work. Her untimely death left colleagues and friends with the challenge of continuing her work building and improving the health of Bronx communities.

She joined Montefiore 25 years ago as Director of Montefiore's Lead Safe House program, which offers temporary housing to families whose homes are being renovated because of lead-based paints. In 2004, she began to see the epidemic of childhood obesity growing in the Bronx and started a Community Health branch of the Montefiore School Health Program. As Director, she brought her ideas to the city’s public school population, and the program now includes full-service centers in 19 school locations in the borough, serving more than 23,000 students.