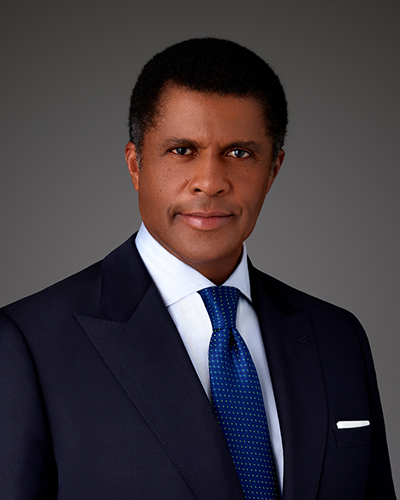 Montefiore Medicine’s Board of Trustees announced on Tuesday, Nov. 5, that Ozuah will succeed outgoing CEO Dr. Steven Safyer, who has served the Montefiore community for the past 40 years.

“I have consistently been impressed by Ozuah’s strategic vision for the Montefiore Health System. His appointment as CEO will guarantee a smooth transition, and I know he’ll continue to uphold the standard of excellence on which Montefiore has built its reputation,” said Safyer, who has worked alongside Ozuah for the past 25 years.

Dan Tishman, chair of the Board of Trustees of Montefiore Medicine, said, Ozuah’s “intellect and warmth as physician, his strength as a leader and manager and his deep commitment to Montefiore’s mission, will lead the institution into the next decade.”

Ozuah currently serves as president of Montefiore Health System and previously served as Physician-in-Chief of the Children’s Hospital at Montefiore (CHAM), where he worked to deliver the best in-class clinical care with a commitment to healthcare access for the underserved.

Under his leadership, U.S. News and World Report has ranked Montefiore Health System’s medical specialties in the top one percent of the nations hospitals and CHAM as one of ‘America’s Best Children’s Hospitals.’

Working closely with the board, Ozuah said he looks forward to continuing to expand inclusive access to state-of-the-art care and to furthering Montfiore’s role as a global leader in healthcare and biomedical research.

“It will be a privilege to lead Montefiore Medicine, an organization with a clear purpose — to heal, to teach, to discover and to advance the health of the communities we serve,” Ozuah said.

“Ever since first joining Montefiore in 1989, I’ve been inspired by our institution’s commitment to excellence. We are an organization of exceptionally talented and compassionate people,” he added.

Ozuah also has a strong commitment to medical education as well as deep academic medical research expertise, including as an NIH-funded investigator and as Professor and University Chairman of Pediatrics at the Albert Einstein College of Medicine.

In these roles, Ozuah expanded access for underserved communities, recruited and cultivated outstanding talent, advanced programs of excellence, fostered innovations in medical education, and improved financial and operational performance by integrating care across a rapidly growing and evolving Montefiore system that sees over six million patient interactions a year.

He’s been recognized regionally and nationally for excellence in teaching and patient care, including as an inductee into the Alpha Omega Alpha Honor Medical Society and a two-time recipient of the Academic Pediatric Association’s Helfer Award for Innovation in Medical Education. Along with his various awards, Ozuah has also been recognized by Modern Healthcare as one of the ‘Top 25 COOs in Healthcare.’