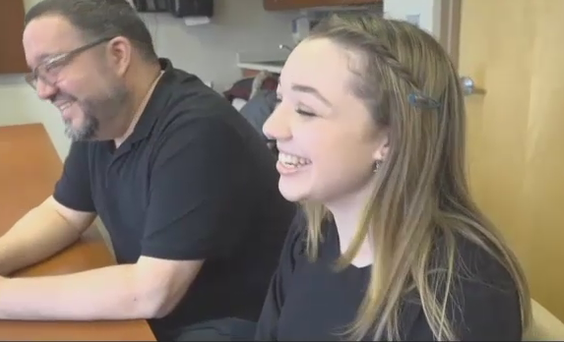 A Bronx family is raising awareness about eating disorders after their 16-year-old was diagnosed with anorexia.

The Eating Disorder Program at Montefiore Medical Center encourages parents to make sure their kids are eating right.

Children like 16-year-old Ashley Gonzalez are taken care of and monitored by parents at home, but also meet with physicians and psychologists to guide them in the right direction.

"You know your child best, and if you think there's something wrong go and get accessed because most [of the] time parents are right," says Michelle Lupkin, attending psychologist.

Gonzalez says her parents realized there was an issue after she would argue over meals. The tipping point, she says, was not picking out what to eat at a Yankees game.

"We got into a huge argument before then, so my mom took me to my doctor and she confirmed it," says Gonzalez.

According to physicians, 30 million people in the United States have an eating disorder.

"It's a hidden disease. It is by the nature of the disease, people try to hide it," says Hina Talib, attending physician.

Doctors say one in three are males, and one person dies of an eating disorder every hour.

"What really causes impact on the body is really when you have weight loss that leads to malnutrition,” says Talib.

Gonzalez says she has come a long way. She was once hospitalized due to her anorexia and was fed through a tube.

She says her weight right now is in a good place.

The team at Montefiore says it is proud of her progress. As for Gonzalez, she says she thanks her family and all the families helping girls like her during their times of need.

"It's hard to see your parents go through that,” says Gonzalez.

National Eating Disorder Awareness Week is Feb. 24 through the first of March.