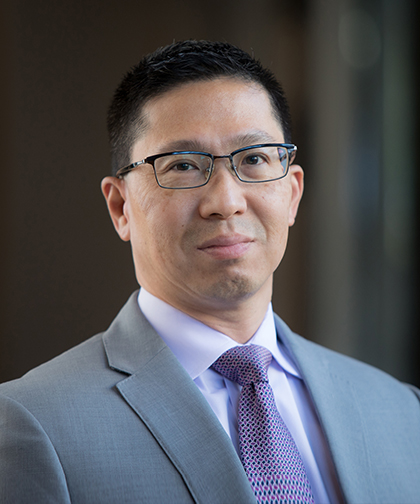 In 1992, Dr. Hermanto received his Bachelor of Arts in Biology and Chemistry with Distinction at Boston University. Dr. Hermanto studied at Mount Sinai School of Medicine earning his Doctor of Medicine, which he received in 2002, while simultaneously earning his Doctor of Philosophy in Biomedical Sciences in 1999. Dr. Hermanto continued with postgraduate training in 2003 with a year-long internship in Internal Medicine at Columbia University College of Physicians and Surgeons followed by a clinical residency in Radiation Oncology at M.D. Anderson Cancer Center which he completed in 2007.

Extending from his broad clinical interests, Dr. Hermanto’s research also includes many areas such as CNS tumors, breast cancer tumor and molecular biology, as well as IMRT which are published in peer-reviewed journals and abstracts. He has shared his work in numerous national and international presentations and lectures.

Dr. Hermanto is board certified by the American Board of Radiology. He is dedicated to the Yonkers and surrounding community and is a member of St. John’s Riverside Hospital’s Cancer Committee, Multidisciplinary Tumor Board, and the Breast Program Leadership Committee. He is also a member of numerous professional societies, including the American Society for Radiation Oncology, the American College of Radiation Oncology, and the Medical Society of the State of New York.