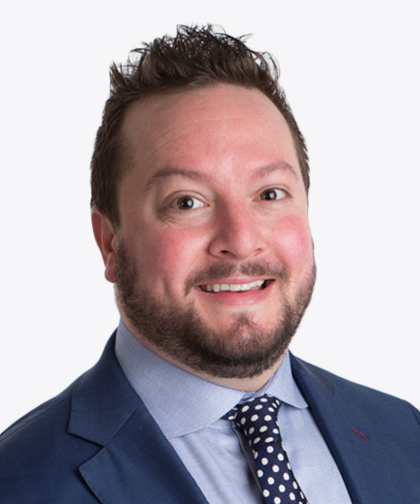 Gregory M. Gressel MD, MSc, is an Attending Physician of Gynecologic Oncology at Montefiore and an Assistant Professor at our Albert Einstein College of Medicine. Dr. Gressel specializes in surgery and chemotherapy for gynecologic malignancies, including cancers of the uterus, cervix, ovaries, fallopian tubes, vagina and vulva, with a particular interest in the management of high-risk endometrial cancer.

In 2003, Dr. Gressel received his Bachelor of Science in Biology, Philosophy and Theology at Boston College. He then attended Tufts University School of Medicine, where he received his Doctor of Medicine in 2011. He began his postgraduate training in 2011 with a four-year residency in Obstetrics, Gynecology and Reproductive Sciences at Yale University School of Medicine, becoming Administrative Chief Resident in the final year. Following this, Dr. Gressel completed a fellowship in Gynecologic Oncology at Montefiore in 2018. He continued his education at Albert Einstein College of Medicine and received his Master of Science in Clinical Research Methods in 2019 through Einstein’s Clinical Research Training Program.

Dr. Gressel also performs clinical and translational research in patient-centered outcomes, identification of serum biomarkers for high-risk endometrial cancer and genomic characterization of ovarian cancer precursor lesions. His work has been funded by several grants from organizations such as the Foundation for Women’s Cancer, the American College of Obstetricians and Gynecologist and the Department of Defense Ovarian Cancer Research Program. He has published in peer-reviewed journals, books and articles and has been shared nationally at invited lectures and presentations.

Dr. Gressel received the Gynecologic Oncology Group Scholarship Award for excellence in clinical research in 2016. He is board certified by the American Board of Obstetrics and Gynecology and is a member of numerous professional societies, including the Society of Gynecology Oncology, the American Society of Clinical Oncology and the American Association for Cancer Research.