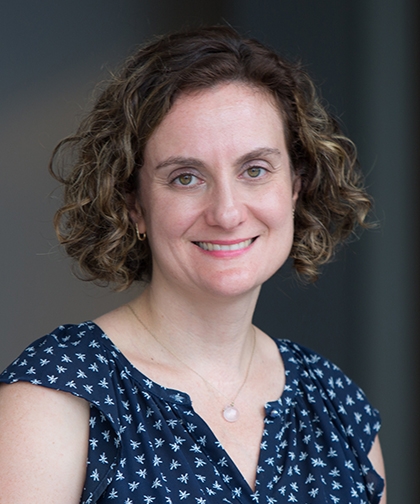 Erika Levi, MD, MPH, is Associate Director of the Obstetrics & Gynecology Residency Program at Montefiore and Associate Professor at our Albert Einstein College of Medicine. Dr. Levi’s clinical focus is on family planning; she has led an initiative at Montefiore-Einstein to make IUDs and contraceptive implants routinely available to women immediately postpartum.

In 2002, Dr. Levi received her Bachelor of Arts from Barnard College, with a combined major in biology and women’s studies. She then attended Mount Sinai School of Medicine, earning both her Doctor of Medicine and her Master of Public Health in 2007. Her postdoctoral training began at Montefiore-Einstein with a four-year residency in obstetrics and gynecology in 2011. She then attended University of North Carolina, completing a two-year fellowship in family planning in 2013. From 2012 to 2013, Dr. Levi also completed a yearlong leadership training academy with Physicians for Reproductive Choice and Health.

Building on her clinical interest, Dr. Levi’s research focuses on immediate postpartum contraception, including a randomized trial of the placement of intrauterine devices at time of cesarean delivery. Her research has been shared through several reviewed journals as well as abstracts and presentations. She is a reviewer for Obstetrics and Gynecology, Contraception and the American Journal of Obstetrics and Gynecology. She also has provided subject matter expertise to mainstream media, including the New York Times and Chicago Tribune.

Dr. Levi is board certified and is a member of several professional organizations including the American Board of Obstetrics & Gynecology, the Association of Professors of Gynecologist and Obstetricians and the Society of Family Planning.