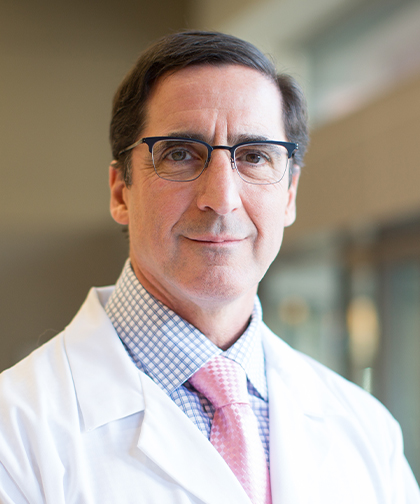 Scott Alan Scheinin, MD, FACS, is Surgical Director of Advanced Pulmonary Failure and Lung Transplantation, Division Chief of Thoracic Surgery and Surgical Oncology, and Director of the Bloodless Heart Surgical Program in the Department of Cardiothoracic and Vascular Surgery. His clinical focus is to introduce and expand blood conservation and bloodless heart and lung transplantation to aid in shortened recovery time, reducing the risk of heart attack and stroke post-surgery. He also aims to expand lung transplant services locally by better utilizing donor organs in our area to increase life expectancy in end-stage pulmonary patients.

Dr. Scheinin received his Bachelor of Arts at Columbia University in 1982. He then attended the Baylor College of Medicine, where he received his Doctor of Medicine in 1986. He began an internship in General Surgery in 1986 at Baylor College of Medicine, followed by a residency at the same institution. In 1994, Dr. Scheinin completed a residency in Cardiovascular and Thoracic Surgery at the Texas Heart Institute. From 1990 to 1992, he continued at the Texas Heart Institute and completed a fellowship in Cardiac Transplantation and Mechanical Circulatory Support.