Our annual symposium provides a forum for nurses and other healthcare professionals to share their research, evidence-based practice and quality improvement findings and experiences. The symposium facilitates a milieu that fosters collegial relationships and promotes the opportunity to understand research and the various roles needed to conduct research studies, implement evidence-based practice and initiate quality improvement projects. 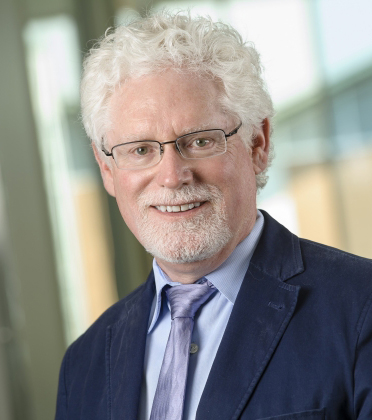 Dr. Peter Buerhaus is a nurse and a healthcare economist who is well known for his studies on the nursing and physician workforces in the United States. He is a Professor of Nursing and Director of the Center for Interdisciplinary Health Workforce Studies at the College of Nursing, Montana State University.

Dr. Buerhaus has been awarded honorary doctorates from the University of Maryland and from Loyola University, Chicago. In 2010, Dr. Buerhaus was appointed Chair of the National Health Care Workforce Commission that was created under the Affordable Care Act to advise Congress and the Administration on health workforce policy. He recently served as a member of the National Academy of Sciences National Academy of Medicine Committee on the Future of Nursing 2020-2030.

Join us on October 7, 2022, for our
11th Annual Nursing Research Symposium

Registration is now open. If you have any questions, please email Caroline Herrera at cherrera@montefiore.org or call 718-920-2361.