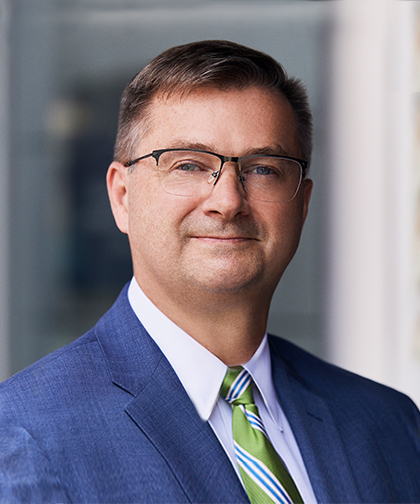 Richard V. Smith, MD, FACS, is Chairman and Professor of the Department of Otorhinolaryngology-Head and Neck Surgery at Montefiore-Einstein. He also serves as the Director of the Head and Neck Service for the Montefiore Einstein Cancer Center. His clinical focus is on head and neck surgery, including transoral robotic and laser surgery for throat and larynx cancer, salivary gland, thyroid, and parathyroid surgery.

Dr. Smith received his Bachelor of Arts in 1984 at Middlebury College. In 1990, he received his Doctor of Medicine at the University of Vermont College of Medicine. He completed an internship in Surgery, followed by a residency in the Department of Otolaryngology – Head and Neck Surgery at Georgetown University Hospital.

Dr. Smith’s research focuses on genetic changes (and how these affect treatment) and quality of life issues in head and neck cancer, and on surgical education and simulation. His work has been published in numerous journals, books, and reviews, and presented internationally at lectures and meetings.