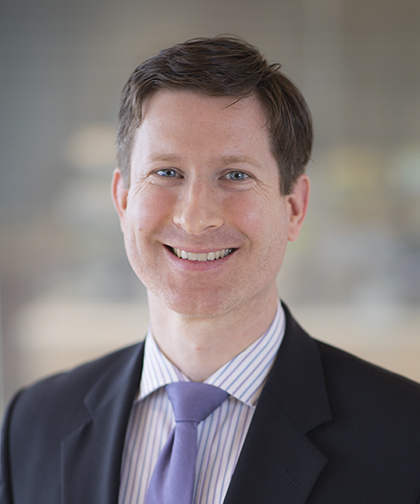 John C. McAuliffe, MD, PhD, FACS, is a Surgical Oncologist at Montefiore and an Assistant Professor at our Albert Einstein College of Medicine. Since joining the Montefiore team in 2016, his clinical focus has been on endocrine, neuroendocrine, and pancreaticobiliary benign and malignant diseases.

In 2000, Dr. McAuliffe received his Bachelor of Arts in Biochemistry at Baylor University. Following this, he received his Doctor of Philosophy in 2007 at the University of Texas Graduate School of Biomedical Sciences at Houston. He attended the McGovern Medical School in Houston, where he received his Doctor of Medicine in 2009. Dr. McAuliffe began his postgraduate training in 2007 with a year-long fellowship at the University of Texas MD Anderson Cancer Center. Following this, he trained at the University of Alabama-Birmingham Hospital from 2009 to 2014. While there, he completed an internship and residency in General Surgery, becoming Administrative Chief Resident in his final year. He then completed a fellowship in Complex General Surgical Oncology at Memorial Sloan-Kettering Cancer Center in 2016.

Dr. McAuliffe’s research focuses on tumor biology, dissemination, and therapeutics in pancreatic adenocarcinoma via tumor-associated macrophages. He is also the Associate Program Director of Montefiore General Surgery Residency and Site Director for the medical student clerkships for the Albert Einstein College of Medicine. He is the principal investigator on research projects focusing on surgical education quality improvement. His work has been published in a number of peer-reviewed journals and books and has been presented nationally.