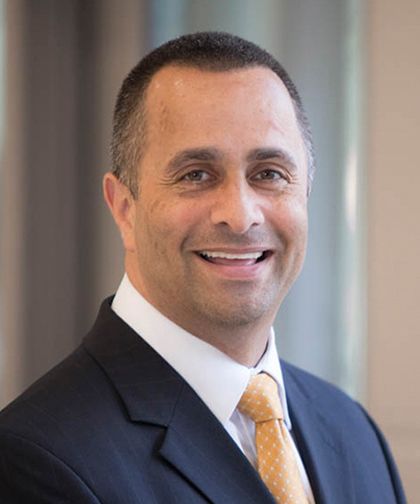 Simon A. Rego, PsyD, ABPP, A-CBT, is Chief Psychologist at Montefiore and Associate Professor of Psychiatry and Behavioral Sciences at our Albert Einstein College of Medicine. His clinical interests focus on the use of cognitive behavioral therapy (CBT) for anxiety and mood disorders, as well as obsessive-compulsive and stress-related disorders in adults.

Dr. Rego’s research interests focus on the application of CBT and other evidence-based therapies to various psychological disorders, including anxiety, obsessive-compulsive, mood, and stress-related disorders; insomnia and other sleep disorders; and body-focused repetitive behaviors such as trichotillomania. His work has been in many peer-reviewed journals and book chapters, and he has presented at conferences nationally and internationally. He co-authored The 10-Step Depression Relief Workbook: A Cognitive Behavioral Therapy Approach, which has been published in English, German, Polish, and Russian.

Dr. Rego has been recognized for his many contributions to the medical community. In 2018, he received the Jerilyn Ross Clinician Advocate Award from the Anxiety and Depression Association of America. In 2017, he was awarded the Albert Nelson Marquis Lifetime Achievement Award, an award recognizing those who demonstrate leadership, excellence and longevity within their chosen profession. In addition to being a founding clinical fellow of the Anxiety and Depression Association of America and a fellow of the Association for Behavioral and Cognitive Therapies, he is board certified in cognitive and behavioral psychology by the American Board of Professional Psychology, and a member of many other professional organizations, including the Canadian Association of Cognitive and Behavioural Therapies and the International Obsessive-Compulsive Disorder Foundation.