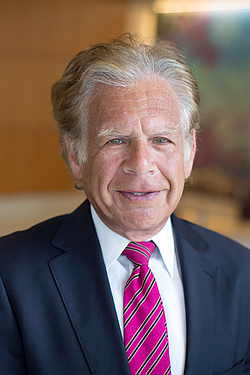 Stanley H. Boczko, MD, Assistant Professor of Urology, an expert in general urologic care and the treatment of all forms of urological disorders, joined Montefiore in 2016. Dr. Boczko currently serves as an Attending Physician in Urology at Montefiore and as a Clinical Instructor of Urology at Einstein. He is a Phi Beta Kappa graduate of The City College of New York. After earning his medical degree from The Albert Einstein College of Medicine, Dr. Boczko completed his internship and residence training in Surgery and Urology at Montefiore. Under the auspices of the American Cancer Society, Dr. Boczko obtained fellowship training in renal transplantation, microsurgery, and hemodialysis access and later he was the recipient of the F.C Valentine Essay Contest in Urology Award in Clinical Urology. Dr. Boczko is a fellow of the American College of Surgeons and a member of the American Academy of Clinical Urologists. In recent years he has been chosen by several prestigious publications such as New York Magazine as one of the best doctors in the New York Metro Area. He is fluent in Hebrew, Yiddish and Spanish.