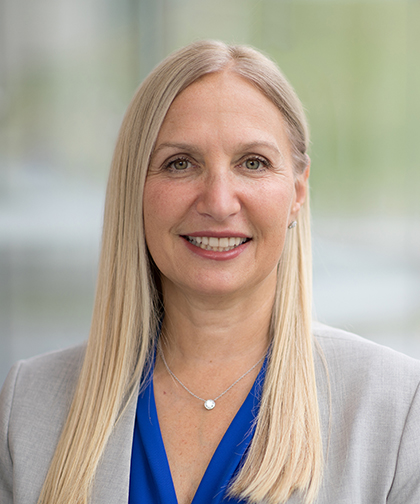 Staci E. Pollack, MD, MS, is the Director of Undergraduate Medical Education for the Department of Obstetrics and Gynecolgy & Women’s Health and an Associate Professor at Montefiore-Einstein.  A large portion of her time is towards educating the next generation of doctors, as the OBGYN Clerkship Director, Acting Internship/Electives Director and Reproductive Systems and Human Sexuality Course Director.  Dr. Pollack’s clinical focus is on reproductive endocrinology, infertility, fertility preservation, pediatric and adolescent gynecology, reproductive anomalies, recurrent pregnancy loss, Turner syndrome, primary ovarian insufficiency and genetic conditions causing menstrual irregularities or infertility, including Kallmann syndrome.

After earning her Bachelor of Arts in biology and genetics at Cornell University College of Arts & Sciences in 1987, Dr. Pollack attended State University of New York at Buffalo, earning her Master of Science in natural sciences and biology in 1988. She then pursued her Doctor of Medicine at State University of New York Health Science Center at Brooklyn-Downstate, earning her degree in 1992. She started her postdoctoral training with a four-year internship and residency in obstetrics and gynecology at Yale-New Haven Hospital, which she completed in 1996. Following this, she pursued a two-year fellowship in reproductive endocrinology and infertility at the Hospital of the University of Pennsylvania, completing it in 1998.

Dr. Pollack’s research is related to fertility treatments and medical education research. She has shared her work in several peer-reviewed journals, book chapters and abstracts, as well as through many invited presentations nationally. Dr. Pollack is also an ad hoc reviewer for several journals including Fertility and Sterility, the American Journal of Medical Genetics and Maturitas.