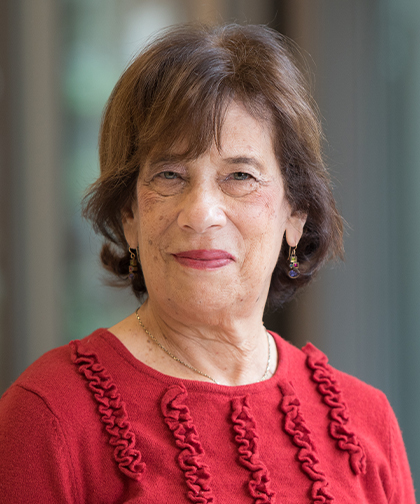 Ellen L. Wolf, MD, is Attending Radiologist at Montefiore and Professor of Radiology at our Albert Einstein College of Medicine. Her clinical focus is on abdominal imaging and gastrointestinal (GI) radiology.

After receiving her Bachelor of Arts from Connecticut College in 1968, Dr. Wolf attended New York University School of Medicine from 1968 to 1970. She received her Doctor of Medicine from Mount Sinai School of Medicine in 1972. Dr. Wolf’s postdoctoral training began with an internship in Pediatrics at Stanford University Hospital from 1972 to 1973. She then completed a residency in Radiology at Columbia Presbyterian Medical Center from 1973 to 1974, followed by a residency at Johns Hopkins Hospital from 1974 to 1976.

Dr. Wolf’s research focuses on abdominal computed tomography and GI fluoroscopy. In addition to coauthoring a book on the postoperative GI tract, Dr. Wolf has published many articles in peer-reviewed journals and has delivered many presentations at national and international meetings. She has also served on numerous occasions as an oral board examiner for the American Board of Radiology.

A recipient of the Outstanding Teacher of the Year Award from the Montefiore residents, Dr. Wolf was honored with The Marshak International Fellowship Award from the Society of Gastrointestinal Radiologists, the New York Roentgen Society Distinguished Radiologist Award and the Alice Ettinger Distinguished Achievement Award from the American Association of Women in Radiology. Dr. Wolf is a former President of the New York Roentgen Society. She is also a Fellow of the American College of Radiology and The New York Academy of Medicine.