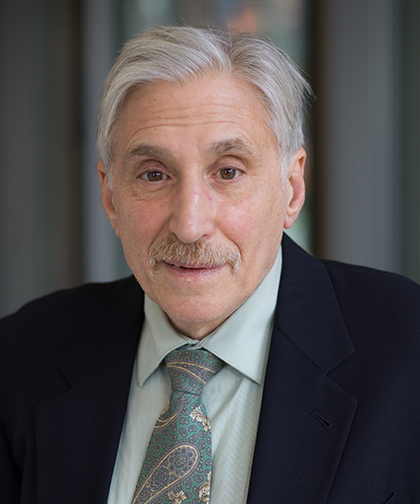 Steven Sparr, MD, is Director of Neurorehabilitation at Montefiore and Professor of Neurology
at our Albert Einstein College of Medicine. His clinical focus is on the diagnosis and treatment of general neurological disorders, including disorders of the brain, spinal cord and nerves.

Dr.Sparr received his Bachelor of Science (1969) and Master of Science (1970) in Aeronautical Engineering at Polytechnic University. He completed additional graduate studies in aeronautical engineering at the University of California at Berkeley (1969-70) and in physics at NYU (1973-77). He was a founding member and mathematics teacher in an innovative school for adolescent drug abusers in East New York Brooklyn (1971-77). He then pursued his Doctor of Medicine at State University of New York at Buffalo, earning his degree in 1980. His postdoctoral training started at Boston City Hospital, where he completed his internship in internal medicine in 1981 and his residency in internal medicine in 1983. He then came to Albert Einstein School of Medicine, completing a three-year neurology residency in 1986 and a fellowship in neurorehabilitation in 1987 at Burke Rehabilitation Center/Cornell University School of Medicine.
.

Dr. Sparr’s research focuses on behavioral neurology, medical education, the history of neurology and subspecialty training requirements. His work has been shared through peer-reviewed publications, book chapters, abstracts and presentations. He is also on the editorial boards of the Einstein Journal of Biology and Medicine and the International Journal of Neurorehabilitation.

Dr. Sparr has been recognized many times for his dedication to excellence in medical education. He has been awarded nationally with the Teacher Recognition Award from the American Academy of Neurology and has received many recognitions at the Albert Einstein College of Medicine, including the Harry H. Gordon Award for Excellence in Teaching (clinical), the Samuel M. Rosen Award (pre-clinical), the Geriatrics Fellowship Teaching Award and induction into the Leo M. Davidoff Society, recognizing outstanding achievement in the teaching of medical students. He is a member of several professional societies, including the American Academy of Neurology, the American Society of Neurorehabilitation and the International Society for the History of Neuroscience.