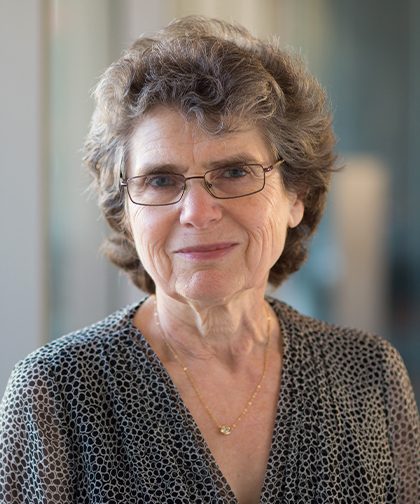 Sophie J. Balk, MD, is an Attending Pediatrician at Children’s Hospital at Montefiore and Professor of Pediatrics at our Albert Einstein College of Medicine. Dr. Balk’s clinical focus is on general pediatrics, as well as pediatric environmental health.

In 1969, Dr. Balk received her Bachelor of Arts in Anthropology at Cornell University. She then attended Albert Einstein College of Medicine and received her Doctor of Medicine in 1974. Dr. Balk’s postgraduate training, which began in 1974 and ended in 1977, was done at Montefiore. During this time, she completed an internship and residency in Pediatrics.

Expanding from her clinical focus, Dr. Balk’s research and educational efforts primarily focus on pediatric environmental health. Her work has been shared at many invited presentations, lectures and meetings, and has also been published in a number of books and peer-reviewed journals. She is Associate Editor of Pediatric Environmental Health, a book published by the American Academy of Pediatrics.

Dr. Balk was inducted into the Leo M. Davidoff Society in 2015 by Albert Einstein College of Medicine. She is a member of professional societies including the American Academy of Pediatrics and the Academic Pediatric Association. She is board certified by the American Board of Pediatrics.