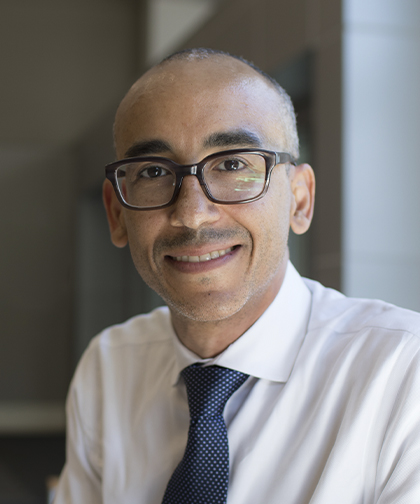 Alain Cunqueiro, MD, is an Attending Physician in the Division of Emergency Radiology at Montefiore. He is also an Assistant Professor of Radiology at our Albert Einstein College of Medicine. He has an interest in all aspects of the radiologic diagnosis of acute diseases, with a particular focus on trauma and acute disease of the head, neck, and spine.

Dr. Cunqueiro received a B.A. in Mathematics from Williams College in 1996, and later completed the Postbaccalaureate Premedical Program at Bryn Mawr College in 2000. Following this, he received his Doctor of Medicine in 2005 at the University Of Pennsylvania School Of Medicine. Once graduated, Dr. Cunqueiro completed an internship in Internal Medicine at Mount Sinai Medical Center. In 2006, he began a Radiology Residency at SUNY Downstate Medical Center where he became Chief Resident in 2008. Dr. Cunqueiro then completed a neuroradiology fellowship at Yale University School of Medicine in 2011.

Dr. Cunqueiro was a Clinical Research Assistant on various research projects at the Brigham and Women’s Hospital. He has had several articles published related to cerebral imaging as well as intracranial gas.

Dr. Cunqueiro is board certified in Radiology, and holds a Certificate of Added Qualification in Neuroradiology. In 2009, he won the SUNY Downstate Resident of the Year, Department of Radiology award.