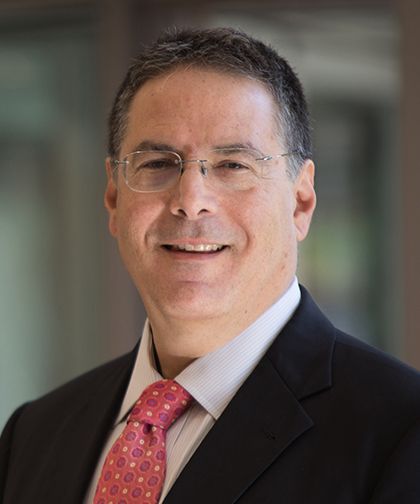 Eric Hollander, MD, is Director, Autism and Obsessive Compulsive Spectrum Program at Montefiore and Professor of Psychiatry and Behavioral Sciences at our Albert Einstein College of Medicine. His clinical focus is on the treatment of children and adults with autism spectrum disorders (ASD), obsessive compulsive disorder (OCD), Prader-Willi syndrome (PWS) and body dysmorphic disorder (BDD).

In 1978, Dr. Hollander received his Bachelor of Arts at Brandeis University. He then attended SUNY Downstate, where he received his Doctor of Medicine in 1982. He began his postgraduate training in 1982 with a year-long internship in internal medicine at Mount Sinai Hospital. He continued training at the institution and completed a residency in psychiatry in 1986, becoming Chief Resident in his final year. Dr. Hollander then went on to train at Columbia University College of Physicians and Surgeons and completed the National Institute of Mental Health Psychiatry Research Fellowship in 1988. Following this, he completed the Dana Foundation Fellowship at Columbia University in 1989. He previously served as Associate Professor of Psychiatry at Columbia University College of Physicians and Surgeons, and as the Esther and Joseph Klingenstein Professor and Chair of Psychiatry at the Mount Sinai School of Medicine.

Dr. Hollander’s is involved in research on the neuropharmacology  and treatment of obsessive-compulsive disorder (OCD), impulsivity and aggression, obsessive-compulsive-related disorders such as body dysmorphic disorder (BDD), pathological gambling, Prader Willi Syndrome (PWS), and autism spectrum disorders (ASD). During his career, he has published more than 500 scientific publications in the professional literature, and he has attended many invited presentations nationally. He has edited 20 books, including the Textbook of Autism Spectrum Disorders, the Textbook of Anxiety Disorders, and the Clinical Manual of Impulse Control Disorders. He is also co-author of a book with Marc Summers, Everything In Its Place: My Trials and Triumphs with Obsessive Compulsive Disorder and coauthored with Nick Bakalar, Coping with Social Anxiety: The Definitive Guide to Effective Treatment Options. He is Editor in Chief of the Journal of Psychiatric Research.

Dr. Hollander has been listed for over a decade in NY Magazine’s and Castle Connolly’s “Best Doctors”, and “Best Doctors in America”. He has made frequent media appearances on the Today Show and Dateline NBC and has had interviews in People Magazine and the New York Times. Dr. Hollander is board certified by the American Board of Psychiatry. He is Distinguished Life Fellow of the American Psychiatric Association, and Fellow of the American College of Neuropsychopharmacology.