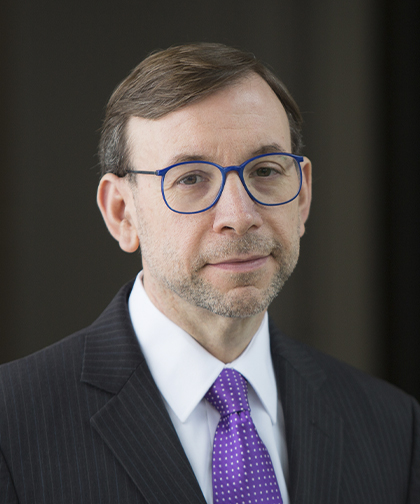 Roberto Alejandro Sica, MD, is an Attending Physician at Montefiore and an Assistant Professor of Medicine at our Albert Einstein College of Medicine. Since joining the Montefiore team, Dr. Sica’s clinical focus has been on chimeric antigen receptor (CAR) T-cell therapies, immunotherapies and allogeneic stem cell transplantation, central nervous system (CNS) lymphomas and HIV, ATLL and gene therapy for malignant and nonmalignant hematologic disorders. Dr. Sica is a member of the Bone Marrow Transplant team at Montefiore.

Dr. Sica attended the University of Buenos Aires School of Medicine, where he received his Medical Degree. During his time there, he also served as an instructor of immunology, virology, pharmacology, and physical diagnosis. Dr. Sica began his postgraduate training with a residency in Internal Medicine at the Carney Hospital/Tufts University School of Medicine in Boston. Following this, he completed a fellowship in Hematology/Oncology at the University of Illinois at Chicago, where he received the E. Donnall Thomas Achievement in Medicine Award for his academic performance and the Edward Jenner Innovation in Medicine Award in recognition of his innovative contributions to the design of clinical protocols and trials. Later, he completed a fellowship in Blood and Marrow Transplant and Cellular Therapies at Stanford University. At that institution, he performed research with Dr. Sally Arai on Hodgkin's lymphoma using the Stanford-pioneered GN-BVC regimen (Gemcitabine, Vinorelbine-BCNU. Etoposide and Cyclophosphamide) which resulted in decreased toxicity and improved overall survival in patients. His work has been published in various review journals and abstracts.