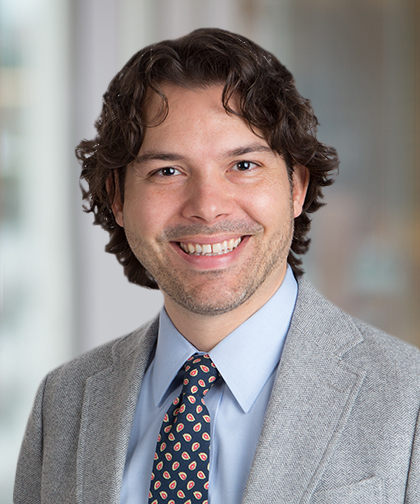 Dr. Correa received his Bachelor of Science in biology at the University of Mary Washington in 2004. He continued his studies at Howard University College of Medicine, where he received his Doctor of Medicine in 2008. Dr. Correa completed his residency in neurology at Walter Reed National Military Medical Center in 2012. He fulfilled his army duty at Dwight D. Eisenhower Army Medical Center, departing in 2016 as Chief of the Neuroscience and Rehabilitation Center.

Dr. Correa came to Montefiore to complete a fellowship in neurophysiology and epilepsy in 2017. During this time, Dr. Correa worked in parallel to receive his Master of Science in clinical research methods at Albert Einstein College of Medicine, which he completed in 2019.

In 2018, Dr. Correa received the National Hispanic Medical Association (NHMA) / NIDDK Academic Career Development Workshop and travel award. He is a member of the American Academy of Neurology, NHMA, and the American Epilepsy Society.