Luca Paoluzzi, MD, is Director, Sarcoma/Melanoma Medical Oncology Program at Montefiore and Assistant Professor, Department of Oncology at our Albert Einstein College of Medicine. While at Montefiore, his clinical focus has been immunotherapy and targeted therapies in skin cancers including melanoma and chemotherapy, as well as new therapeutic approaches in soft tissue and bone sarcomas including Kaposi sarcoma and clinical trials in melanoma and sarcomas.

In 1999, Dr. Paoluzzi received his Doctor of Medicine from La Sapienza University in Rome, where he subsequently completed a fellowship in Medical Oncology in 2003. From 2004 to 2009, Dr. Paoluzzi completed postdoctoral research at the National Cancer Institute in Bethesda, Memorial Sloan-Kettering Cancer Center in New York and Columbia University in New York; this research focused on new drug development in solid and hematologic malignancies. He then began a 2-year residency in Internal Medicine at Greenwich Hospital, followed by a fellowship in Hematology/Oncology at New York University, which he completed in 2015.

Dr. Paoluzzi plans and performs clinical research in skin cancers including melanoma, soft tissue sarcomas, and bone sarcomas. He also researches novel treatment strategies including immunotherapy and targeted therapies in the treatment of these malignancies. His work has been published in a number of peer-reviewed journals and chapters in books, as well as presented at conferences and meetings nationally. 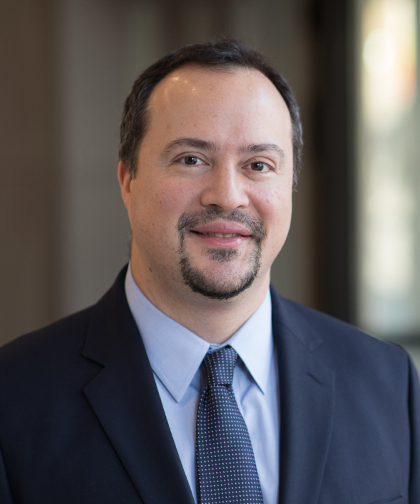