David Loeb, MD, PhD, is Chief, Division of Pediatric Hematology, Oncology and Marrow and Blood Cell Transplantation at Children’s Hospital at Montefiore. He is also an Associate Professor of Pediatrics and Associate Professor of Developmental and Molecular Biology at Albert Einstein College of Medicine. As Director of the Sarcoma Program, he focuses on tumors of connective tissue, such as bone and muscle. He also has expertise in the care of children with other solid tumors. A member of the bone marrow transplantation team, Dr. Loeb also cares for patients with acute leukemias and has expertise in the application of immunotherapy to childhood cancer.

Dr. Loeb earned his undergraduate Bachelor of Arts in Biology in 1987 at Johns Hopkins University in Baltimore, MD. In 1993, he received his Doctor of Philosophy in Pathology and, in 1994, his Doctor of Medicine at Columbia University, New York. In 1994, he also began an internship in Pediatrics at the Johns Hopkins University School of Medicine, followed by a residency in 1995 and a fellowship in Pediatric Hematology Oncology at the same institution.

Dr. Loeb’s research focuses on understanding bone tumor metastasis. His laboratory developed a clinically relevant mouse model of sarcoma metastasis, and has used this model to perform preclinical testing of novel agents that can interfere with this process. He also studies the role of an enzyme called RNA helicase DDX3 in Ewing sarcoma biology, especially how this enzyme affects the repair of damaged DNA. Dr. Loeb’s original research, based on his clinical studies, has been published in multiple journals and books.

Dr. Loeb has been a recipient of many awards, including the Director’s Teaching Award in Clinical Science, Sidney Kimmel Comprehensive Cancer Center in 2006, 2010 and 2015, and The Justin Straus Chordoma Research Award in 2009. 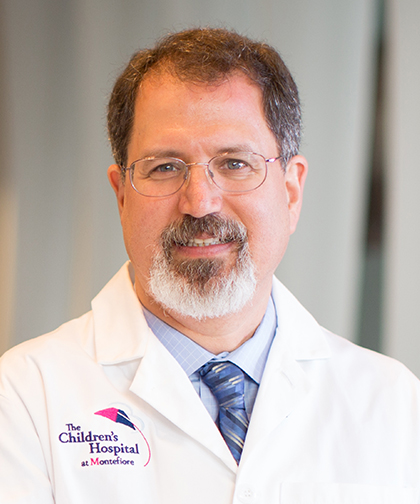