Niraj K. Shenoy, MD, MS, is an Attending Physician at Montefiore and an Assistant Professor at our Albert Einstein College of Medicine. Since joining Montefiore, his clinical focus has been on genitourinary malignancies, particularly kidney cancer.

After attending Bangalore Medical College, where he received his Doctor of Medicine in 2009, Dr. Shenoy began his postgraduate training with an internship at Victoria and Bowring Lady Curzon Hospitals and Rural Health Centers in Bangalore, India, completing it in 2010. Following this, he gained exposure to Medical Oncology as a junior resident at St. John’s Medical Hospital in 2011. His training continued, with a residency in Internal Medicine, followed by a year-long Chief Residency at our Albert Einstein College of Medicine. He then completed a 3-year fellowship in Hematology and Medical Oncology at Mayo Clinic, Rochester, in 2018. He is American Board certified in Internal Medicine, Hematology and Medical Oncology.

With a vast range of research topics, his focus is mainly on interactions between driver pathways, epigenomics, metabolism, and immune evasion, with a focus on translational laboratory- and clinical-based cancer research. He is also interested in cancer biology, DNA methylation in cancer, and early-phase cancer clinical trials. His work has been published in a number of high impact peer-reviewed journals, as well as presented nationally at lectures and meetings. 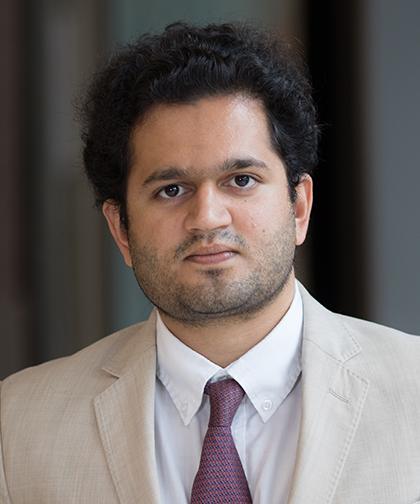