Shivani Agarwal, MD, MPH, is Director of the SEAD (Supporting Emerging Adults with Diabetes) program at Montefiore and an Assistant Professor of Medicine at our Albert Einstein College of Medicine. Since joining the Montefiore team in 2018, her clinical focus has been on the treatment of type 1 and type 2 diabetes in patients aged 18 to 35 years old.

Dr. Agarwal began her postgraduate training in 2010 with a yearlong internship in Internal Medicine at Columbia University College of Physicians and Surgeons. She continued to train at this institution and completed a residency in Internal Medicine in 2013. Following this, in 2015, Dr. Agarwal completed a fellowship in Endocrinology at the University of Pennsylvania, followed by a postdoctoral research fellowship in 2016.

Extending from her clinical focus, Dr. Agarwal’s research concentrates on clinical and behavioral interventions in young adults with type 1 diabetes, as well as racial and socioeconomic disparities in type 1 diabetes. In 2018, she was funded by the NIH-NIDDK to identify and reduce disparities in outcomes among economically vulnerable and minority young adults with type 1 diabetes. Her work has been published in a number of peer-reviewed journals, abstracts, and books. She has received several awards by the Helmsley Charitable Trust for her research and is an active member of the Type 1 Diabetes Exchange and SEARCH for Diabetes in Youth Consortium. She was also awarded the University of Pennsylvaniva Edward Rose Faculty Teaching Award in 2018. 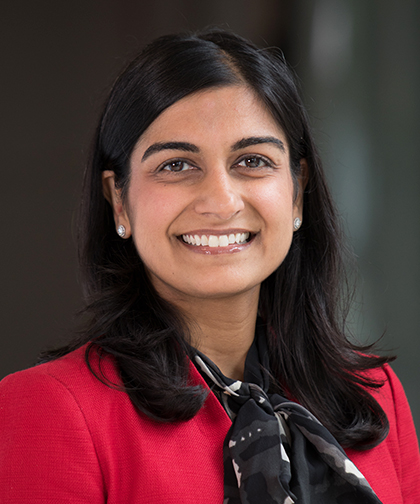