Radiography of the chest, abdomen and extremities, urethrograms and v4-cystourethrograms

A graduate of Chicago Medical School, he took his internship at Philadelphia General Hospital and his Radiology residency under Dr. Harold Jacobson (Diagnostic Radiology) and Dr. Charles Botstein (Radiation Therapy). Dr. Sprayregen was Commander in the US Public Health Service and was Associate Chief of Radiology at the US Public Health Service Hospital, Staten Island, NY (1966-1968). He was Director of Vascular and Interventional Radiology at Montefiore (1968-1988) and was Acting Chairman of Radiology at the Moses Campus (1988-1991).

Dr. Sprayregen's major field of interest has been in Vascular and Interventional Radiology. He was one of 24 founding members of the Society of Cardiovascular and Interventional Radiology (now the Society of Interventional Radiology). He was one of the first to publish on below-knee angioplasty, was the radiologist who worked with Dr. Scott Boley (surgeon) in establishing and popularizing the angiographic diagnosis and treatment of acute mesenteric ischemia and the angiographic diagnosis of vascular ectasia of the colon. He is co-author of what is likely the definitive article on preoperative renal artery embolization for carcinoma of the kidney and coauthored an article describing performing arch angiography via a translumbar approach.

Currently Dr. Sprayregen is the go-to individual in the department on all issues concerning contrast media and has written the Radiology Department contrast media policy. He has a great interest in plain film radiology of the chest, particularly the accurate diagnosis of congestive heart failure. He interprets the largest number of radiographs in the Department of Radiology, which has approximately 90 radiologists.

Dr. Sprayregen has authored or coauthored 133 articles in peer-review journals, 27 chapters and review articles and one book. He has made 142 presentations at local and national meetings. He has been an examiner for the American Board of Radiology in Genitourinary Radiology and Vascular and Interventional Radiology.

Dr. Sprayregen was an Honors Graduate of the University of Wisconsin (BS), and elected to the AOA Honor Society at medical school. He was the 2002 Special Honoree of the MMC Staff & Alumni Association, and also the 2002 Honoree of the New York Roentgen Society. 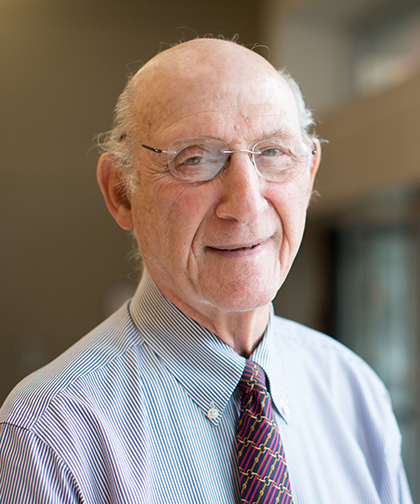