Amanda North, MD, has been invited by the American Urological Association to write an abstract for their upcoming 2017 meeting in Boston. Dr. North's abstract will focus on evaluating the prevalence of burnouts among urologists in the U.S. using the official AUA Census data. Dr. North recently gave a lecture on her research at a meeting of the Bronx Community Health Leaders (BxCHL) on November 1, 2016.

Pedro Maria, DO, presented at the 2016 Annual Meeting of the Sexual Medicine Society of North America in Scottsdale, AZ. Dr. Maria's research focused on the use of a novel approach to penile prosthesis revision using a video laryngoscope to assist in ectopic reservoir placement.

Amanda North, MD, Urology, ran the TCS New York City Marathon on November 6, 2016, finishing in five hours and 51 minutes. Dr. North ran in honor of Children's Hospital at Montefiore (CHAM), raising more than $3,000. Congratulations to Dr. North and all of our Montefiore physicians who participated! 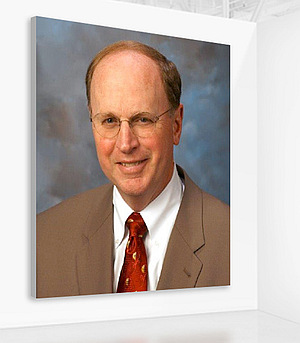 Robert C. Flanigan, MD, Professor and the Chair of the Department of Urology at Loyola University Medical Center and Loyola University Chicago Stritch School of Medicine as well as President-Elect of the American Urological Association (AUA), presented “Renal Cancer: The Good, the Bad and the Ugly at a special Urology Grand Rounds on Friday, September 23, 2016 at our Weiler Hospital.

Dr. Robert C. Flanigan is a leader in the field of urologic oncology, whose research on cytoreductive nephrectomy has dramatically changed practice patterns in advanced renal cancer. Most recently, his laboratory's work has focused on the relationship between prostate cancer, prostatic fatty acid levels and obesity. He has served as a principal investigator on many research projects in this area, including a recent five-year National Institutes of Health (National Cancer Institute) R01 grant, "Adiposity and Outcomes of Clinically Localized Prostate Cancer." 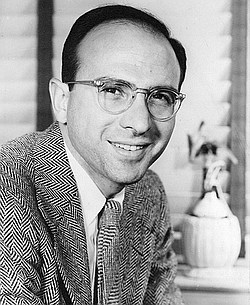 Selwyn Freed, MD, past Professor and Chairman of the Department of Urology at Montefiore and Albert Einstein College of Medicine passed away on September 6th, 2016 at the age of 99. Dr. Freed was a graduate of Penn State University and The New York University School of Medicine. He received his surgical and urologic training at Beth Israel and Mount Sinai Hospitals in New York. Dr. Freed joined the staff of Montefiore Hospital in 1949 and became Chief of the Division of Urology in 1971. He was promoted to Professor of Urology at The Albert Einstein College of Medicine in 1975. Dr. Freed served as the first Chair of the Montefiore and Einstein Department of Urology between 1980 and 1988.

During his lengthy career, Dr. Freed was an active scholar and leader in Urology. He served as the Chair of the New York Section of the American Urological Association, gave numerous scholarly presentations to national and international audiences and was well known and respected for his contributions to the field on a wide variety of topics including the management of urologic malignancies and lower urinary tract dysfunction.

Dr. Freed retired to Larchmont, New York where he lived with his wife, Iris and daughter Deborah, who survive him. We are grateful for his contributions to the field of Urology and his dedication to Montefiore and Einstein.

Joshua Stern, MD, recently received a two year R21 grant from the National Institute of Health (NIH) National Institute of Diabetes and Digestive and Kidney Diseases (NIDDK). The grant will fund Dr. Stern’s current research on the gut microbiome and its impact on kidney stones. In addition to the NIH NIDDK funding, the research team received approvals to study fecal transplants and the impact on kidney stone disease.

Alexander I. Sankin, MD,was recently interviewed by OncLive about research he is doing, in collaboration with researchers at Albert Einstein College of Medicine, on immune checkpoints in bladder cancer.  Learn More>

Drs. Mark Schoenberg, Joshua Stern and Alexander Sankin presented at the July meeting of the Panamanian Urological Society’s Symposium on Contemporary Management of Urothelial Cancer. Our team discussed a variety of topics including multi-agent therapy for non-invasive bladder cancer, new innovations in the treatment of upper tract urothelial cancer, as well as checkpoint biology and its relevance to the treatment of advanced urothelial cancer.

Drs. Elzbieta Van der Steen-Banasik and Geert Smits, from Rijnstate Hospital, Arnhem, Netherlands, presented “Seven Years’ Experience with Laparoscopically (robot-assisted) Performed Bladder Brachytherapy in Solitary Bladder Tumors: Curie-da Vinci Connection” on June 24, 2016 at a special joint Urology and Radiation Oncology Grand Rounds at our Weiler Hospital. Hosting these visiting professors set the ground work for the collaboration between Montefiore Urology  with Drs. Van der Steen-Banasik and Smits,  the first physicians in the world to use a laproscopic and robot-assisted approach in brachytherapy for bladder cancer, to build our brachytherapy program.

Dr. Elzbieta van der Steen-Banasik is a radiation oncologist at the Radiotherapy Institute in Arnhem, Netherlands.  She completed her medical training and sub specialty training in radiation oncology at Leiden University Medical Center in the Netherlands. As an active member of multiple INTL medical organizations (ESTRO, ASTRO, EORTC GCG, and ROG) her interests are in organ sparing treatment options for gynecologic and urologic malignancies

Dr. Greet Smits is a urologist at the Rijnstate Medical Center in Arnhem, Netherlands. He received his MD at the University of Utrecht, the Netherlands and went on to receive a PhD for his work in urologic oncology research at the University of Nijmegen, the Netherlands.  As a staff member in the department of urology at the Rijnstate Medical Center, he specializes in uro-oncology and robotic surgery where he routinely performs robotic kidney bladder and prostate surgery.

Kelvin Davies, PhD, received a five-year $2.5 million renewal grant from the National Institute of Diabetes and Digestive and Kidney Disease to study the association between priapism and sickle cell disease. Other key investigators in the team are Dr. Henny Billet (Hematology), Dr. Joel Friedman (Physiology and Biophysics) and Drs. Sylvia Suadicani and Moses Tar (Urology).

There are currently no effective treatments for priapism, a prolonged, painful erection that can lead to erectile dysfunction and permanent tissue damage. Dr. Davies and his colleagues discovered that hypoxic conditions associated with sickle cell disease increased expression of a small protein, called opiorphin. This increase may contribute to priapism by activating pathways that relax smooth muscle in the penis.

In this research, the team will test human and mouse cells to determine if hypoxia increases the expression of opiorphin, and how these increased levels might then result in priapism.  In collaboration with Dr. Billet,  our researchers will determine if sickle cell patients have elevated opiorphin levels in the blood and if there is an association between increased levels of opiorphin with risk of developing priapism. With Dr. Friedman they will explore the use of a nanoparticle delivery system for siRNA-against opiorphin to prevent the onset of priapism associated with sickle cell disease.

Because hypoxia is a factor in several diseases, such as erectile dysfunction, peripheral vascular disease, and anemias, to name a few, the work is likely to increase our understanding of the mechanisms that hypoxia plays in other diseases.

Alexander I. Sankin, MD, and researchers at our Albert Einstein College of Medicine recently discovered a surface cell ligand called HHLA2 in patients with urothelial tumors—specifically, tumors of the bladder, ureters and renal pelvis— that plays a significant role in inhibiting T-cell activity.

Their work is the first study to demonstrate a robust expression pattern of the newly discovered immune checkpoint ligand HHLA2 in human urothelial tumors. Future studies will need to be conducted to further characterize the functional role of HHLA2 in bladder cancer immune evasion pathways and to develop therapeutic strategies to enhance immune mediated tumor destruction.

Joshua Stern, MD, —Attending Physician and Assistant Professor of Urology at Montefiore and our Albert Einstein College of Medicine—has been awarded a Carl W. Gottschalk Research Scholar Grant from the American Society of Nephrology.

Anthony J. Casale, MD, —Director, Pediatric Urology, at our Children’s Hospital at Montefiore—will receive a presidential citation for his years of leadership in pediatric urology, for the treatment of complex urogenital anomalies in children and his active role in resident teaching at the American Urological Association’s 2016 Annual Meeting in San Diego, California.

Kara Watts, MD, —Chief Resident, Urology—recently won the annual New York Section of the AUA Chief Resident Debate at an event held at the New York Academy of Medicine. Dr. Watts, who will complete her residency in June 2016, has been accepted to a fellowship in image-guided urologic oncology at University College London. She plans to pursue a career in academic medicine.

Dr. Elzbieta van der Steen-Banasik is a radiation oncologist at the Radiotherapy Institute in Arnhem, Netherlands. She completed her medical training and sub specialty training in radiation oncology at Leiden University Medical Center in the Netherlands. As an active member of multiple INTL medical organizations (ESTRO, ASTRO, EORTC GCG, and ROG) her interests are in organ sparing treatment options for gynecologic and urologic malignancies

Dr. Greet Smits is a urologist at the Rijnstate Medical Center in Arnhem, Netherlands. He received his MD at the University of Utrecht, the Netherlands and went on to receive a PhD for his work in urologic oncology research at the University of Nijmegen, the Netherlands. As a staff member in the department of urology at the Rijnstate Medical Center, he specializes in uro-oncology and robotic surgery where he routinely performs robotic kidney bladder and prostate surgery.